We spend a good amount of time interviewing credit union (CU) members one-on-one to understand how they manage their finances. While we have an outline for these interviews, we approach those conversations with one goal: to understand their behavior. Many of our clients task us with finding out how satisfied customers are with their organization. However, we generally don’t ask that question. It is more important to understand WHAT they do and WHY they do it, rather than what they say.

Our CU clients are often surprised by what we hear from their members. Here is a rundown of the most surprising things we have heard lately:

When we present findings to our clients, some executives find the results surprising and act accordingly. However, some executives discount them because they aren’t the result of a “statistically valid sample.” While we believe that surveys are a great tool for organizations, relying purely on survey results to understand client behaviors is a problem. This is especially poignant when surveys are prepared by people that don’t understand appropriate methodologies for survey construction. Direct interviews with current and prospective members can bring out insights that are invaluable in defining better member experiences. Combine classic, well-developed research with real-life customer interviews to get a full and complete picture of your customer’s demands and respond accordingly.

These are the Data, Customer Experience (CX) and Artificial Intelligence (AI) stories we’re reading here at Finalytics.ai this week.   CX More Important Than 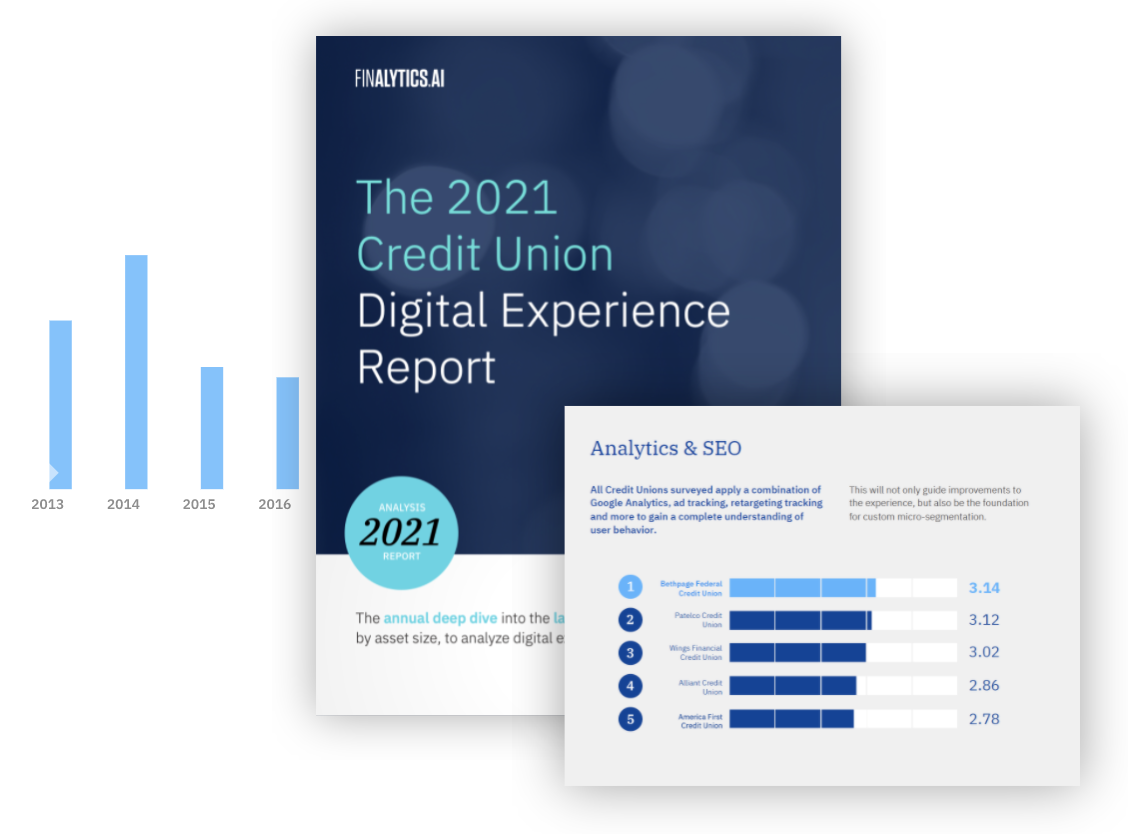 Digital Experience at Top 50 CUs Points to Critical Challenges

Finalytics.ai, the creator of the first journey orchestration platform purpose-built for community financial institutions, has published a new report on the digital experience at