For AI to Pay Off, Financial Institutions Must Avoid ‘Shiny Object Syndrome’

Artificial intelligence is not just a fad, but implementing it wastes time and money if financial institutions don’t clearly identify what specific problem AI will help them solve. Define what’s wrong first, and then decide if applying this hot technology will really help. 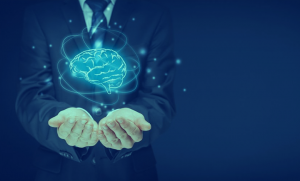 Late in the second day of a three-day off-site strategy meeting for the executive team at a leading financial institution, everyone had grown tired, but they were still hammering away at a united plan. The COO, doodling on a notepad, suddenly stopped and focused on the whiteboard.

She had just realized that after two days of discussions, among all the terrific and forward-thinking ideas the team had defined, there was no mention of artificial intelligence.

“Guys, I just realized we have nothing about AI up there,” she said. Many eyes turned to the CIO. He looked sheepish, as if he was the only one expected to bring up technology ideas.